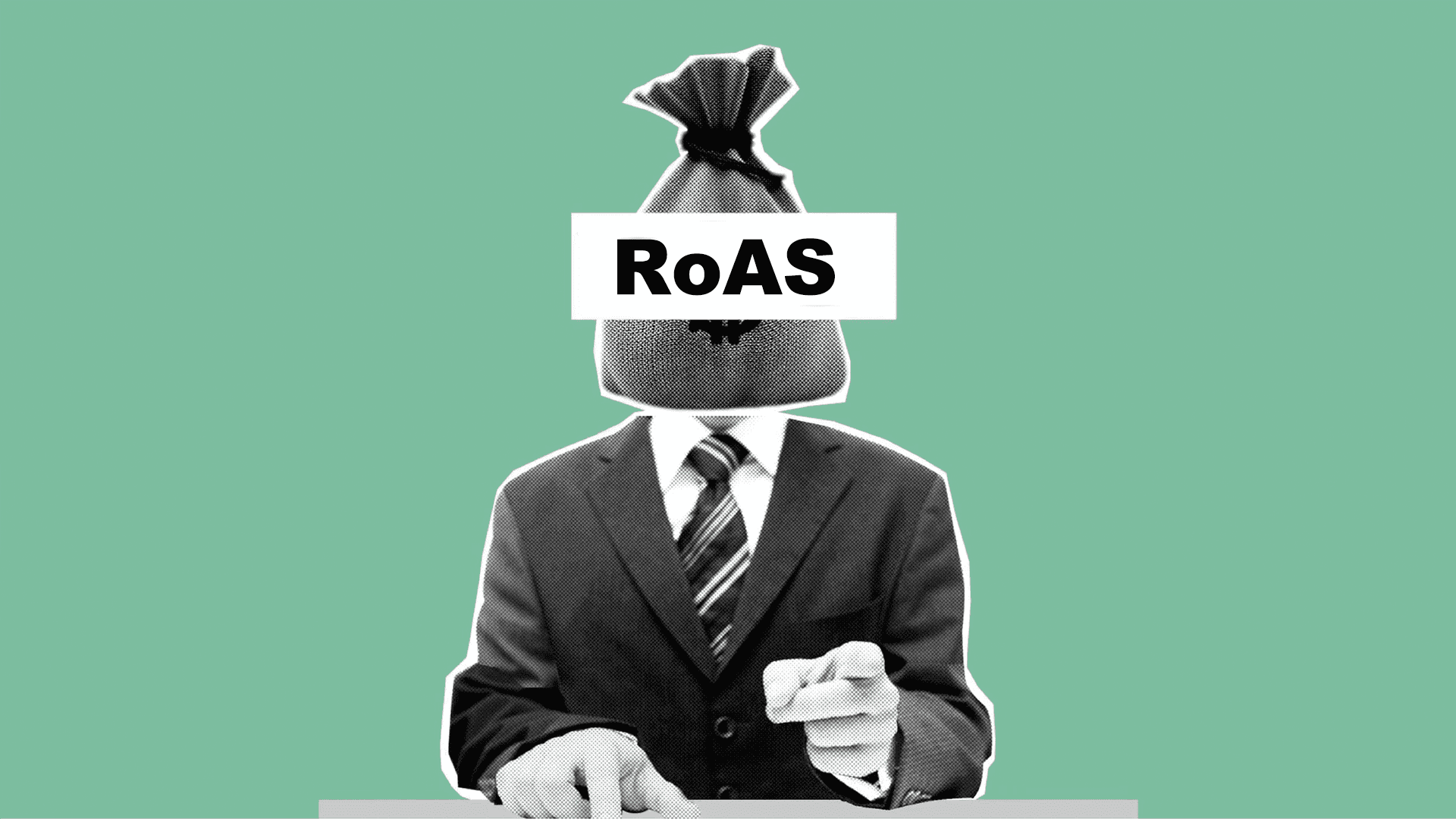 Since the dawn of advertising, marketers have been challenged to decide where to spend their ad budget to attain the best results. One of the most compelling aspects of digital advertising (beyond providing a new way to reach audiences), is the ability to directly and precisely measure the outcome of an ad. After marketers gravitated to digital, they believed they were finally poised to solve the marketer’s dilemma – and for a time, they did (sort of).

“Half the money I spend on advertising is wasted; the trouble is, I don’t know which half.” John Wanamaker (1838-1922) was a successful United States merchant, religious leader, and political figure considered to be a “pioneer in marketing.”

In the early days of Internet advertising, you’d create an SEO-friendly website, buy some keywords, maybe set up an email campaign, and be good to go. The cost to advertise using these new channels was relatively low, and not yet saturated with competition. Digital advertising was largely treated as a new frontier rather than a core part of most companies’ media mix.  As a result, measuring the sales that came from your keyword campaigns were fairly straightforward,  largely because the path-to-purchase was pretty simple: search, click, buy.

Fast-forward to the present day. Brands are investing big money to get in front of people on Facebook, Instagram, LinkedIn, Twitter, Snapchat, Bing, and Google, and using advanced tactics like retargeting, personalized experiences, onsite chat, display ads, influencers, etc… The list of platforms and tactics has grown dramatically, and with it the complexity of the customer journey.

There are many numbers out there, but averages suggest that a customer makes 6-8 touches before arriving at a purchase decision. The simple, linear path to conversion has become exponentially more complex – and let’s not forget that, along with these new ways to communicate with customers and new tactics like behaviour-based remarketing, traditional channels like TV, radio, and direct mail have not disappeared. All these “touch points” now play a role in influencing a customer to convert, so which ones get the credit? The answer is all of them, to a degree.

With all this change, marketers are still largely measured against their ability to drive return on ad spend (or RoAS), the amount of sales dollars resulting from a given advertising investment. The ratio of spend-to-income gives marketers insight into how well their campaigns are performing. With digital, marketers were able to gain an almost real-time view of RoAS. This was a paradigm shift from the heavy and complex media-mix modelling approaches which, while still extremely relevant, don’t create the same dopamine hit as a Google analytics dashboard. Brands quickly got hooked on performance marketing, the crack cocaine of easy measurement, and its simple, easy-to-use last-click model.

In the context of today’s complex customer journey, the interplay between advertising efforts and outcomes is not directly apparent. Take, for example, an awareness campaign designed to reach as many people as possible. Its purpose is not to generate sales directly, but rather to feed other channels like display remarketing, which in turn are geared more towards conversion. While the spend in each channel is discrete and predictable, the returns yielded are more difficult to quantify.  But brands were already hooked on simplistic measurement models designed for a time forgotten. Why is this concerning? Well, decisions about where to invest are based on a RoAS assessment that’s a lie when it doesn’t account for the entire journey, but is skewed toward the last touch.

To circle back to my example above, if I see high last-touch RoAS for my remarketing and low RoAS for my awareness campaigns, I may decide to shift my budget into remarketing. We know we need to get people into the funnel, so this intuitively feels wrong. So my measurement approach leaves me without answers to two key questions: 1) Will I have anyone to remarket to if I stop awareness campaigns, and 2) Do I need to remarket to these people, or would they have bought either way? Here’s why attribution is both so complex, and so important.

Traditional attribution models all have their pros and cons; however, the biggest drawback they share is that they are all heuristic models, meaning they are based on rules or heuristics. These rules decide how to split the value of a sale among touch points, including

This is the most common model, probably because it’s the simplest to implement, understand, and explain to others. It ignores the majority of the customer’s path and assigns the entire conversion value to the last touch or “last click”. The shortcomings of this approach are obvious: if all the touch points before the last click are ignored, then they’re simply not being measured.

Like Last Click, this model places all the emphasis on the first piece of marketing to touch a prospective customer. It suffers from the same shortcomings, as it ignores a large portion of the customer journey.

Linear attribution models distribute the conversion credit equally among all touch points along the path to purchase.

Time decay models distribute conversion credit based on touch-point recency. The last click gets the most credit, followed by the 2nd last, and so on.

The above models are all poor proxies for understanding what actually drives results. They are designed around convenience and ease of use but are ineffective at actually determining what’s working. The biggest problem with all these models is that heuristics are arbitrary, inflexible, and subject to bias (I’ll talk more about bias in the next article about barriers to accurate attribution). The models are all performance-based in that they mesh with performance advertising but fail to credit  branding, awareness, and other top-of- funnel efforts.

Over the last several years, CPMs have grown dramatically. This trend is driven by massive budget shifts to digital channels, which was in turn driven by massive shifts in how much time people spend online. , As a result, brands need to be more targeted and cut the fat when it comes to unneeded ad spend. Compounding this problem, both in-house marketing teams and external agencies often work in silos. The paid media agency, the internal social media team, our content group, and so on are often only directly aware of the channels they’re tasked with managing and measuring results in their siloed contexts.

As if these operating structres aren’t bad enough, the expansion of platforms led to an expansion of reports and dashboards, each with their own methodology for reporting on performance, often based on different attribution models. And just because everyone’s individual numbers are rolled up and aggregated into C-level dashboards, it doesn’t mean there is any consideration about the interplay between each group’s efforts.

Add to this the arms race around privacy between ad networks and browsers and new mediums like connected TV, and you have a real shitstorm of numbers that can’t be made sense of.

The good news is that technology has yielded a solution; however, as is often the case, it’s the humans that lag behind. At its core, attribution and accurate ROI demands more than simply plugging in a piece of software (although that is a big step). It also demands a change in corporate culture, organization, and a different way of thinking. In Part 2, I’ll dig deeper into some of these challenges from an organisational, technical, and, of course, human perspective. 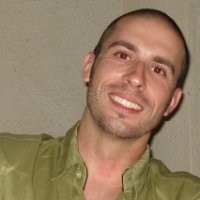 Don't kill your Facebook performance by inadvertently putting all of your campaigns into Learning mode.

Chasing RoAS: Is marketing attribution a pipe dream? (2 of 3)

In this 3-part series, I’m going to discuss the challenges of accurately measuring the ROI of digital marketing. I’ll start by breaking down what we actually want to measure and why. Part 2 will cover the 3 main obstacles that stand in the way of getting accurate, actionable results, and finally I’ll cover some solutions and describe two industry leading attribution models that actually work.