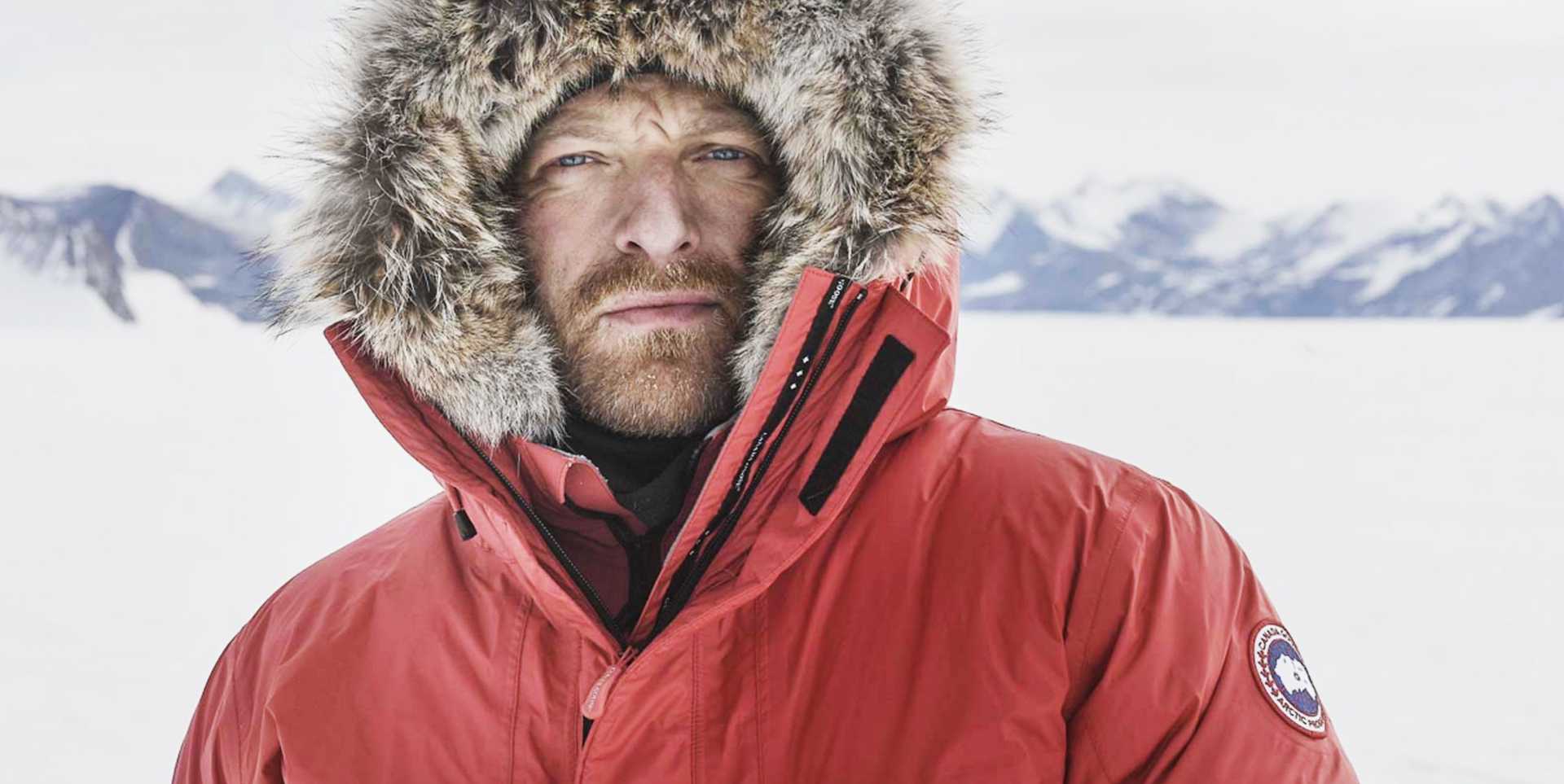 A few months ago, I got lucky and scored a pair of Raptors courtside tickets.

Two months later, the Toronto Raptors punched their ticket to the NBA Finals with a spectacular Game 6 victory over the Milwaukee Bucks. With the win, the Raptors made history by earning their first trip to the Eastern Conference Final and cementing the fact that the NBA Finals will be played in Canada for the first time.

As a marketer and sports fan, every opportunity I get to discuss sports, audience-building and multi-touch attribution in the same breath makes for fun times. So, naturally, our co-founder (Michael Lieberman) was the perfect fit (brownie points) to attend the Lakers game with me back in March, so we could brainstorm and talk strategy with LeBron James and company in the foreground.

Here’s the thing: our co-founders are really smart.

I spend a lot of time trying to keep up with their understanding of the SaaS space, digital strategy and, often, life in general. On this particular night, the topic Michael and I were tossing around for our upcoming blog post was perspective. When you’re sitting in courtside seats, the perspective is massively different than seating in the bleachers. You have a life-size view of the players, the speed of the game seems extra-fast and, frankly, the entire crowd is sitting behind you.

Now, that’s not to say the experience from the bleachers or anywhere else in the stadium is diminished. It’s not. It’s just different. And if you’re a fan of the Raptors, you know that whether you’re standing in Jurassic Park with over 16,000 fans standing in the rain, sitting courtside or listening to the game on the radio from the cottage, the feeling of our team winning and advancing to the NBA Finals makes all sports fans and Canadian sports fans in particular – feel awesome and global, which has been my personal story for a long time.

On Saturday, I returned to the same courtside seats, this time with a friend from Canada Goose (the actual ticket holder). Prior to the game, during dinner, we reminisced about the marketing strategies and tactics that helped propel Canada Goose into the global luxury brand that it is today. Although many people participated in the journey and became Goose People along the way, it’s important to note that the evolution of the brand really started at the epicenter of Toronto sports, with word-of-mouth marketing. And I don’t think the story gets told enough.

Canada Goose parkas are built to withstand the coldest temperatures on earth and are often relied on by film crews on-set to protect themselves from the elements in inclement weather. Similarly, scalpers outside Scotiabank Arena spend nearly a hundred nights a year hawking tickets to patrons of the Raptors, the Toronto Maples Leafs and to local concertgoers. Naturally, the scalpers’ need for outerwear that protects them from the Canadian elements is strong, so Canada Goose started supplying them with their thousand-dollar parkas. This marked the beginning of a cultural phenomenon that helped establish Canada Goose as a global powerhouse.

“Goose took the brand upmarket, boosting the price of their down coats to $1,000 and targeting wealthy city dwellers in cold climates with a heavy dose of influencer marketing—before the concept even existed.” - Forbes

More of the Right People

When I was working at the Goose, we were a small brand with a small budget, constantly in search of new opportunities to build brand awareness with the right people in a way that was authentic to the brand.

We collaborated with brands and retailers, and one day connected with an individual who shared a passion for all things Canadian.

We were in the office when the Goose PR Team said that a local artist wanted to borrow a leather parka for a photo shoot. The PR lead told us the artist’s name, but no one knew exactly who the young man was. What we did know was that his stylist had a thing for Canadian brands and a vision of his partner being the guy who would promote merchandise close to his heart in press appearances, print, and videos.

Aubrey left that day and shot an epic photo. He went on to be known as Drake, the rapper, Raptors ambassador and OVO owner. Since that time, Drake and Canada Goose have partnered on multiple projects and shared their love of Canada through the products they sell and the partnerships they create. It’s been reported that Drake is responsible for +5% of the city’s tourism revenue because he loves our city and wants the world to know it. 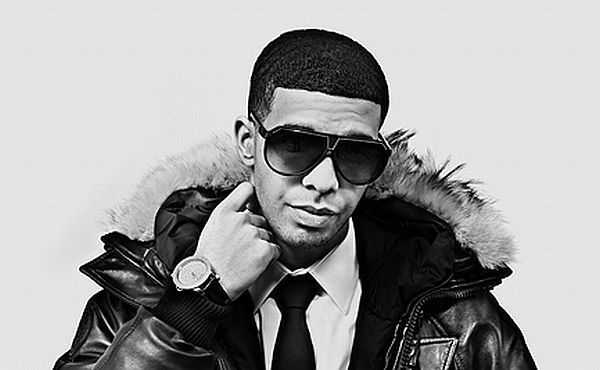 “That amounts to about $440 million coming in, thanks to his repping his hometown, the Toronto Raptors and various restaurants and clubs around the city.” - Billboard

If beer, flannel shirts, ice hockey, maple syrup, toques, and cannabis weren’t enough, Canada Goose and Drake, through their partnerships, have shifted the perspective on what it means to be Canadian in the modern era. They’ve done it by embracing their Canadian heritage while empowering consumers to participate in a virtual courtside experience.

Founded in 1954, Harry Rosen’s menswear business reflects the Canadian entrepreneurial spirit. Having recently celebrated 65 years in business, the iconic retailer has weathered changes in both fashion and the retail landscape as US retailers like Nordstrom set foot in Canada while other retailers service our nation with e-commerce capabilities.

In this era of corporate takeovers and mergers, we’re proud to remain a privately owned Canadian family business. - Larry Rosen

Arguably, in the last two decades, no fashion category has come under as much fire as menswear. It’s seen a shift in corporate culture to Casual Friday, and the emergence of Athleisure brands. The overriding macro trend has not been reflective of men in suits. Even the high-net-worth Raptors, who joined the NBA in 1995, often opted to wear baggy jeans and oversized tees until the NBA became the first major league sport to implement a dress code in 2005.

It’s this shift in perspective that makes Harry Rosen’s decision to feature Toronto Raptors GM Masai Urij on the cover of their company magazine last September. It’s one more example of targeting the right audience, at the right time, in the right place. Fresh off his trade for Kawhi Leonard, executives and sports fans around the world wondered whether Masai had gambled with the future of the franchise. In our conservative Canadian way, the trade shocked our nation. But this Bay Street Bull pushed us to believe in Canada: 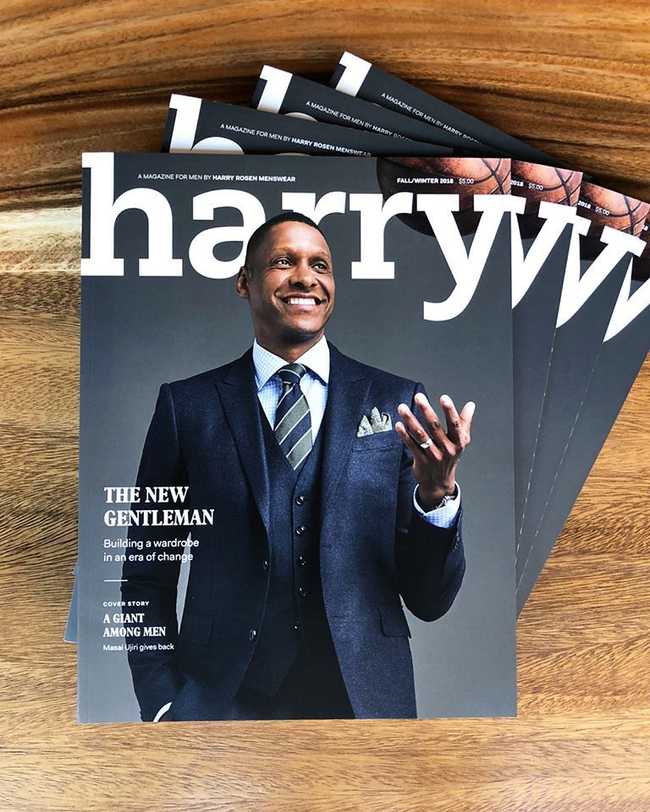 Planning for digital transformation is a lot like building a wardrobe in an era of change. Cultural and technological change keeps happening at warp speed. We’ve evolved, we demand exceptional experiences, and we expect to be treated as individuals. Our marketing must now be engineered, and the methodology to do so starts with an idea and a hypothesis and moves through implementation, continuous experimentation and refinement in a never-ending feedback loop.

Canada Goose, Drake and Harry Rosen, each in their own stylish way, have embraced their Canadian heritage and everything our country has to offer. Tonight, after 24 years of testing and implementation, Toronto Raptors GM Masai Uriji and his underdog team will deliver to our great nation exactly what a courtside perspective of the NBA Finals should look like in the modern era of our city.

The struggle is real. Today’s marketing environment is more complex than ever. Fuelled by cultural and technological change that happens at warp speed, getting the right message, to the right customer, at the right time, has become trickier than ever.

Don't kill your Facebook performance by inadvertently putting all of your campaigns into Learning mode.