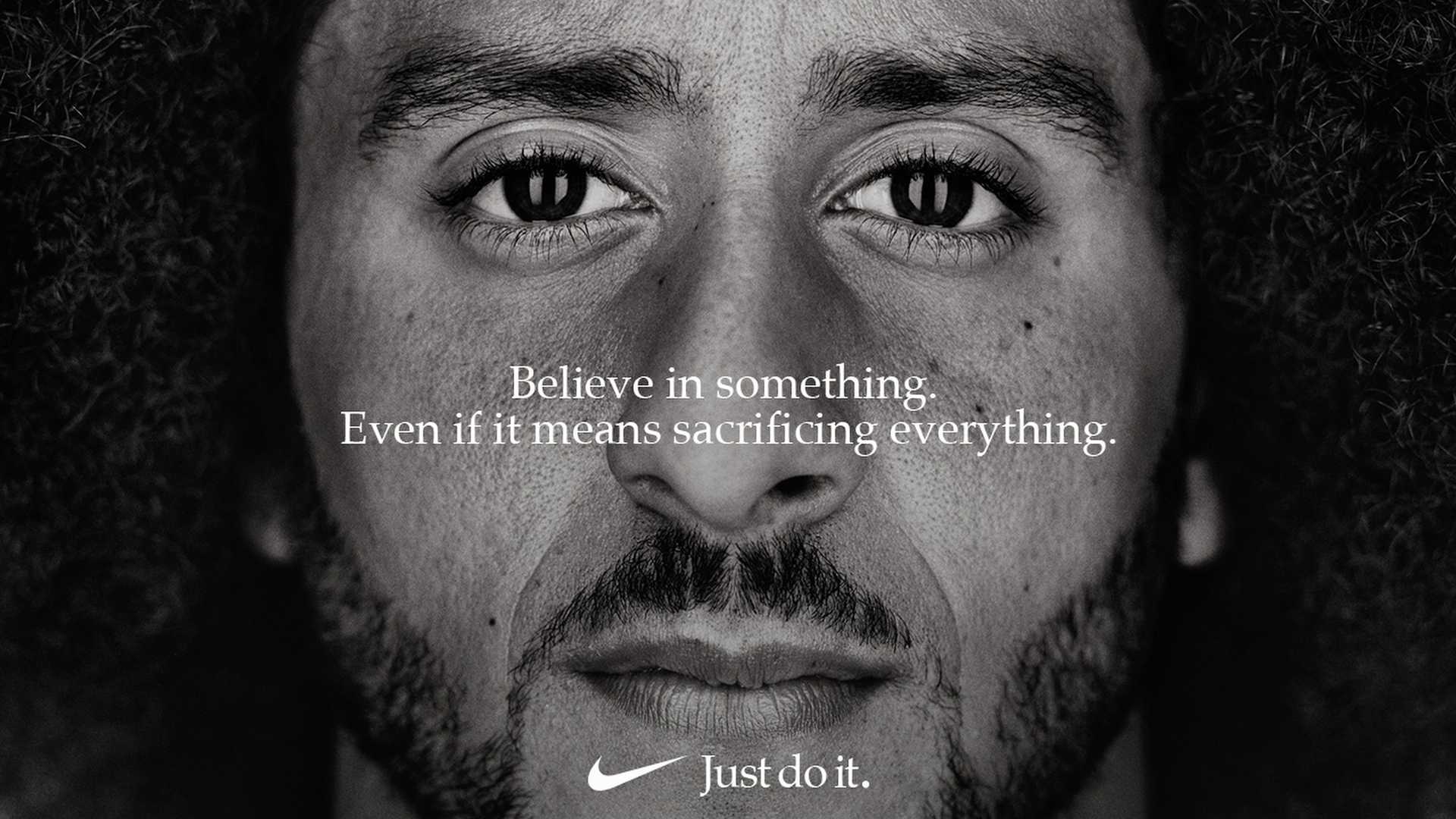 Max Read is brilliant! While most marketers were enjoying eggnog and catching up on emails, the NY Magazine author published an article entitled How Much Of The Internet Was Fake? With the push of a button, Read set the tone for digital marketing in 2019.

Read’s unsettling article initially made me wonder how clients would react to the news that the digital marketing industry – a.k.a. the Internet – was filled with fake people, fake business and fake content. Then, just as the dust began to settle on Read’s article, Tyler Durden came along and declared that Everything is Fake.

Did I miss something? Have I been working to build a career in an industry that was about to be blown up? I seriously began to fear for my friends and family, several of whom directly or indirectly rely on the Internet to feed their families. Would we all be unplugged in 2019?

According to Read, “studies generally suggest that, year after year, less than 60 percent of web traffic is human; some years, according to some researchers, a healthy majority of it is bot.” This observation leads me to ask: who cares? I mean, as a marketer, if a significant amount of web traffic is still human, should I not focus my efforts on the parts of the Internet that are real and leave the bad actors to be policed by fraud-detection companies?

In my view, the real question is: What, if anything, are agencies, brands,companies and publishers doing to better understand their existing audiences, their online behavior and how to leverage data to grow said audiences and drive revenue?

At Trialfire, we spend a lot of time talking about audiences, behavioral segments and customer profiles. Our objective is to identify and work with brands and companies who make or want to make data-driven decisions to attract the right customers, at the right time and in the right place. Because – let’s face it – the world is changing.

This is not an exact science, and media budgets or creative assets often limit what can be accomplished in a client’s campaign. Still, we leverage audience and attribution models that filter out a significant amount of fake Internet noise. We believe that brands with fundamentally sound brand communications are best poised to identify real customers – and to break the Internet in doing so!

Ad Age named Nike 2018 Marketer of the Year in celebration of the 30th anniversary of the sportswear company’s legendary Just Do It campaign, which Nike gave new life to last year by highlighting Colin Kaepernick, the former NFL quarterback who controversially bent his knee during a pre-game U.S. national anthem to protest police racism and violence against African Americans. What I found inspiring about the campaign is how Nike’s leadership team recognized the right time to run a controversial, politically charged campaign.

How did Nike know the timing was right? 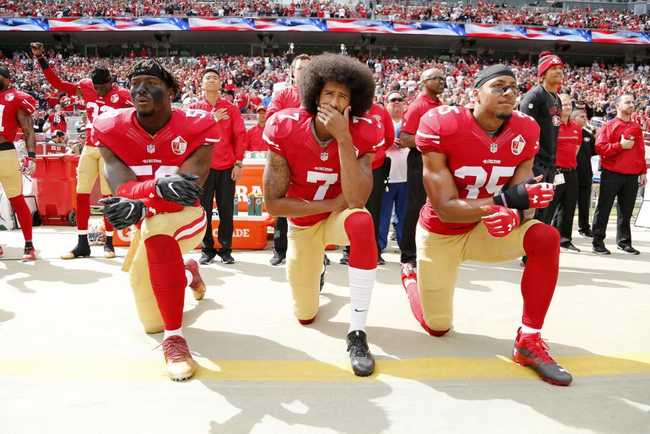 Nike began to lose its footing with its core North American customers in around 2012. In 2013, Adidas, Nike’s number-one competitor, re-launched its iconic Stan Smith shoe, then poached three key designers and celebrity rapper Kanye West from Nike’s stable of athletes and entertainers. The loss of West’s influence amongst Gen Zs and North America’s ethnic consumers was a critical blow to Nike’s ability to remain relevant amongst their most influential athletes and customers.

Because Nike has been making controversial ads for decades, the concept of a politically charged campaign wasn’t new to them. But, like most marketers, the brand still had to contend with online audience fragmentation and evolving customer journeys. Further, as Tom Nybo wrote in Forbes:

“Success in the retail game isn’t about how many new customers you can hit with direct response ads. It comes down to how many customers you can turn into repeat buyers and, eventually, brand advocates. No one does this better than Nike.”

So, by focusing on core customer values and eliciting an emotional response through their creative, the real stroke of genius in selecting Kaepernick as the face of the JDI campaign was rooted in Nike’s ability to successfully engage multiple audiences (advocates & detractors) at the same time.

From Nike’s perspective, whether the viewer of their ad is a brand advocate, a brand detractor or even fake has no bearing on the ad’s success. “In the simplest terms, their success can be attributed to their knack for understanding their customer,” wrote Nybo.

Fake Is The Future!

Identifying audience segments is one thing. But thanks to the sheer magnitude of traffic and user-generated content generated by the Kaepernick campaign, Nike and marketers will be better able to understand how an integrated marketing campaign can influence multi-channel behavior, especially in an environment where the future is digital.

Nike experienced a nearly 17% increase in foot traffic at 242 stores in the week after Labour Day, Sept. 4-10, compared to the same period in 2017, according to a news analysis from Foursquare written up in Yahoo Finance. – Retail Dive

Further, according to Nike CFO Andrew Campion, in an environment where “the potential to have the majority of the future business come from digital” is a reality, it’s important for brands and marketers to understand how online behavior influences brand sentiment and how it can further enhance user experience.

If more than 60% of the Internet is fake, brands like Nike benefit most when they effectively engage with their target market, learn from their online behavior and leverage Big Data and web analytics to optimize future campaigns for ROAS.

“One million followers with no affinity for your brand aren’t comparable to a hundred thousand die-hard followers who believe in what your brand is selling and will defend it to others.” - Forbes

Falling for click bait that implies that Everything is Fake serves only as pathetic fallacy for marketers who are unwilling to invest time in hypothesizing, testing and building highly targeted integrated marketing campaigns that improve brand sentiment instead of chasing vanity metrics such as likes, followers or re-tweets from bots and fake audiences.

When I think about Everything Being Fake, I can’t help but consider how the fakeness of the Internet has impacted Nike’s bottom line in the most recent quarter:

In essence, if fake metrics, fake people, fake business, fake content, fake politics and fake publishers can produce such significant improvements in shareholder value, then I encourage all marketers to immediately begin building integrated marketing campaigns targeted at the right customers – and to break the internet in doing so.

So, the future may be fake. Still, at Trialfire, we believe that there are alternatives to traditional data collection, segmentation and attribution that can enhance a marketer’s ability to break the Internet and eliminate the Internet’s bad actors.

Time to Take Control of Your Marketing Channels

Understanding how your marketing channels are performing is key to your marketing success. But there are a few things worth thinking about as it relates to channels, and specifically how channels are defined and analyzed in your analytics platforms.