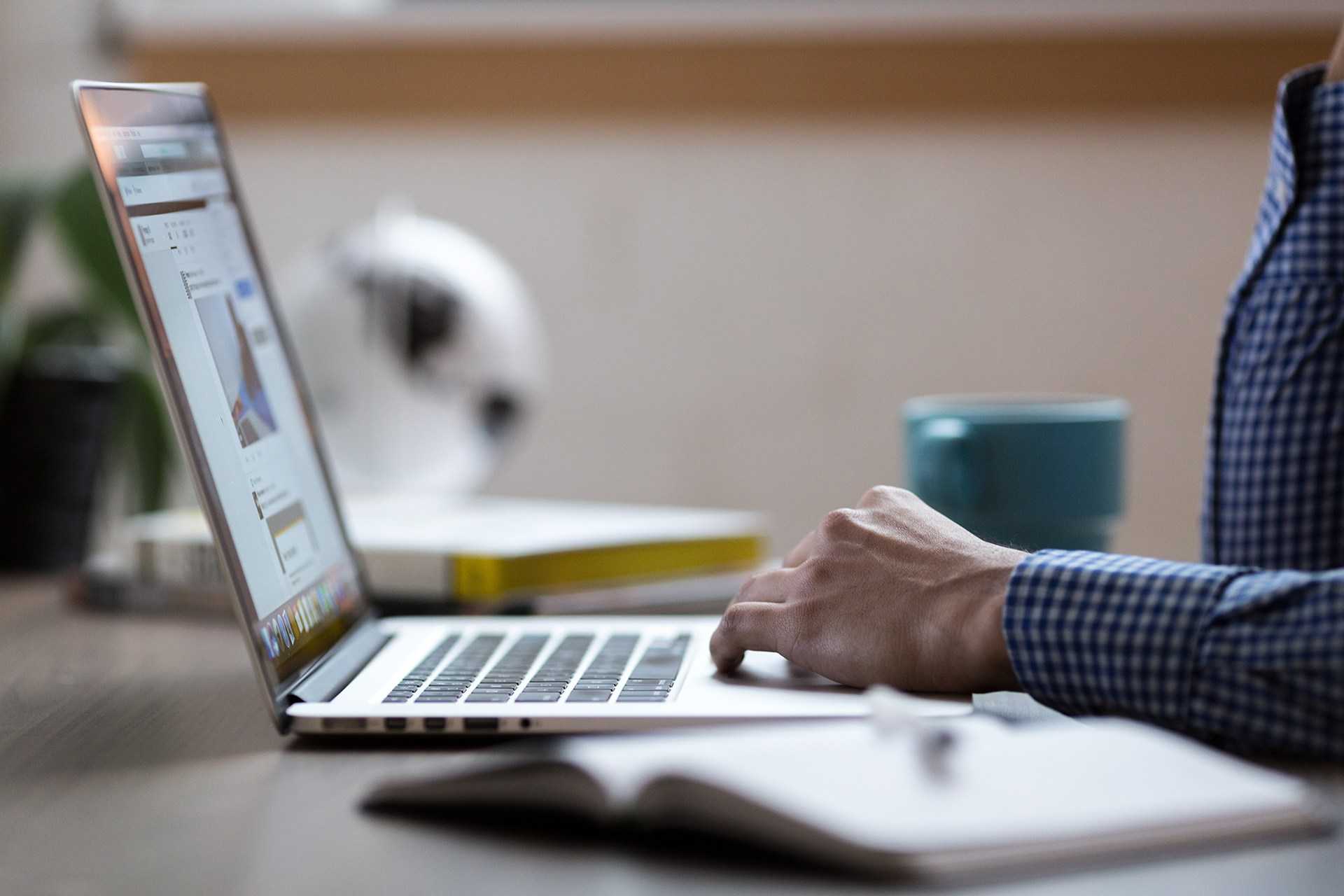 Did I see your ad? Did it influence my purchase decision? As is the case with most attribution related questions, marketers are trying to understand what got me over the proverbial finish line - from a causal perspective. While we know that ad impressions are valuable, understanding the true impact of display ads and view-throughs continues to be a challenge. There are a number of reasons, some technical, some because our friends at Google and Facebook have built walls around their data akin to the wall in Game of Thrones (It’s a 700 ft high barrier made of ice for those of you not familiar with the HBO show).

While reporting on impressions is simple, tying those impressions to conversions is at the heart of the challenge. Some marketers avoid the issue entirely and solely focus on click-through conversions. This is primarily because click through attribution is a much more straightforward indication of engagement and it’s easy to measure.

In other cases, marketers make major assumptions on the impact of these impressions and use estimates to shift a portion of attributed revenue or conversions to display view-through. Sometimes these numbers are pulled out of thin air, in other cases, tests such as the public service announcement (PSA) test are designed to help get a more precise estimate of what this number might actually be.

We believe that both view-through and click-through attribution not only both deserve to participate in your attribution efforts, but also that they must work together very closely. For cases where you can actually measure the view-through activity (ie.programmatic scenarios that let you pixel your ads) this gives you very accurate insight into the impact of impressions. Unfortunately you’re not always able to pixel your ads (remember the 700 ft wall?) which is a problem. But, your ability to collect first hand view-through data in at least one channel, lets you make better assumptions about the impact of view-throughs in others without running complicated and time consuming test like PSAs.

There’s still a lot of confusion around what a view-through is, how it’s used, and when it should get credit. At Trialfire we have our own philosophy about how to track and measure view-throughs and have them participate in our data-driven attribution models. Before we go there though, let’s level-set on what a view-through is, which we can define as a person’s engagement with your display ad not measured by a click.

To do so let’s walk through a series of scenarios. Let’s say I’m served an ad for a new foldable smartphone. I click on the ad, visit the site and eventually purchase. Easy peasy scenario. I’m certain that ad influenced my decisions, and can use this touch-point in my attribution analysis.

In another scenario I’m served an ad which I don’t click. Here’s where it gets hairy. Did I actually see the ad, did I absorb the ad. Truth is we don’t know 100%. Assuming I came back and purchased something in the future, it could be argued that I did see the ad, and it was influential to my purchases.

So now we must introduce something fundamental to a valid assessment of a view-though: a conversion window. Basically what this says is, somebody saw an ad, which they did NOT click, and within a certain number of days (or hours), visited the site and completed a transaction. In most platforms, the view-through would only get credit if the subsequent visits were direct traffic. So in this scenario I typed in Samsung.com to learn more about the foldable smartphone, which I can ostensibly say was influenced by seeing the ad.

This conversion window is therefore a very important factor in crediting view-throughs. Again, we’re trying to get into a person’s head and understand what caused them to actually purchase. Since we can’t, no matter what some snake oil salesmen promise, we need to make some reasonable assumptions when accounting for view-throughs. These assumptions should be rooted in an understanding of your business, and should be reviewed and validated periodically.

To illustrate let’s say we sell socks. We developed some great creative and served our ad to a well defined target audience. 100 people saw our ad, and 90 people never clicked it. If those 90 people bought our socks next year without ever interacting with another ad or campaign, can we reasonable give this ad any credit? I’d say no. But what about 1 day later, 15 days later, 30? This is the purpose of setting a conversion window.

The above example is pretty simple, which means it’s probably not a great example of the real world. So let’s sprinkle in a few complications. Let’s say we’ve set our conversion window to 5 days and that aligns with the type of products we sell. If half of those 90 people visited directly in the 5 days after seeing our ad we could chock up 45 view-through conversion. Let’s say the other 45 rather than visiting directly, typed our brand name into the Chrome URL bar and got presented a number of organic and paid search results. Once again the question is: do we credit the display ad, or the organic or paid search clicks?

Much of the discussion around view-throughs centers around how it increases paid search traffic. People learn about you higher up in the funnel through display and that leads to more searches. A valid and logical correlation. My point here though is that we want to credit the channels that are getting people to convert, not the navigational method they decide to use to get to your site (i.e. search).

At this point it’s also worth mentioning that much of the discussion around view-through attribution is tied to last-click attribution models. Even our scenarios above only considered one touch point in the path to conversion. This is not the case for most customer journeys and hence last-click (or view) attribution is inherently flawed. Therefore a better strategy is to focus on display as one of many touch-points along the customer journey, and apply the concepts discussed above.

A better approach to view-through tracking

We know there is interplay between various marketing channels, and we’re trying to better measure that to understand where to put our marketing dollars and drive higher ROI. That is the primary purpose of using a data-driven attribution model like the one in Trialfire. It’s for this reason that we argue that you shouldn’t treat view-throughs as some separate metric, but rather as way to better understand display ads within the customer journey. To illustrate, let’s look at another scenario.

For this example let’s say we’re an e-commerce site selling wrist watches. We’re running display ads to our target audience in hopes that they will see a timepiece that peaks their interest such that they start down the path-to-purchase. Let’s say Bobby, who’s doing something completely unrelated to shopping for watches sees the ad, but continues doing what he was doing. An hour later Bobby fires up Google and types in watches-R-us. He clicks our branded keyword ad at the top of the page and visits the site to learn more. This visit is now chocked up to Paid Search.

Now if Bobby is like most online purchasers he’s probably going to visit the site several times before he decides to purchase the watch. Even if he purchased the watch during that first visit, no credit will be given to the display ad that got him there. Since we’re making up this scenario, we know for certain that it was the display ad that initiated the journey. But it’s not a stretch to argue that this is a typical scenario, given the timeframe between the display ad view-through and the paid ad click. Therefore in this scenario I’d further argue that the credit should go to our display ad, rather than the search click - again credit the media that drove the behaviour, not the mechanism used to get to the site.

The goal with view-through analysis is to help understand how display ad impressions are driving conversion within the customer journey. Display ads are often impactful further up in the journey in the awareness phase and there are challenges tying them to conversion behaviours. The argument put forth here, is that it is possible to get a better idea of their impact. The analysis of view-throughs can be  more scientific, both in channels where we have the ability to actually measure them, and in other channels where we can use a more accurate framework to test our assumptions.

Interested in learning more about Trialfire and how to utilize view-through data in your attribution. Schedule a demo today.

Co-founder @ Trialfire. Startup guy with multiple exits with a love for product and marketing.

Time to Take Control of Your Marketing Channels

Understanding how your marketing channels are performing is key to your marketing success. But there are a few things worth thinking about as it relates to channels, and specifically how channels are defined and analyzed in your analytics platforms.

What Can Marketers Learn From The New England Patriots

The Patriots ability to execute the right play, at the right time with the right players makes them the envy of the NFL, so what can digital marketers learn from their approach to the business of football using ads from the Super Bowl?